When I walked into the Bradley home for their Spectrum Inspired session, I had an open mind. I have a child of my own with Autism, but I know that she is not a representative of the community as a whole.

Even with keeping an open mind and being prepared for anything, 3-year-old Brooklyn still managed to surprise me in the most beautiful ways. She was finishing a snack when I arrived and I let her quietly eat and watch a cartoon while I sat next to her so that she could get used to me being there. After she finished her snack, though, she came to LIFE! She pointed to my camera, giggling and dancing around the kitchen, engaging with me even more than her twin brother, Britton, who took just a little while longer to warm up to me. 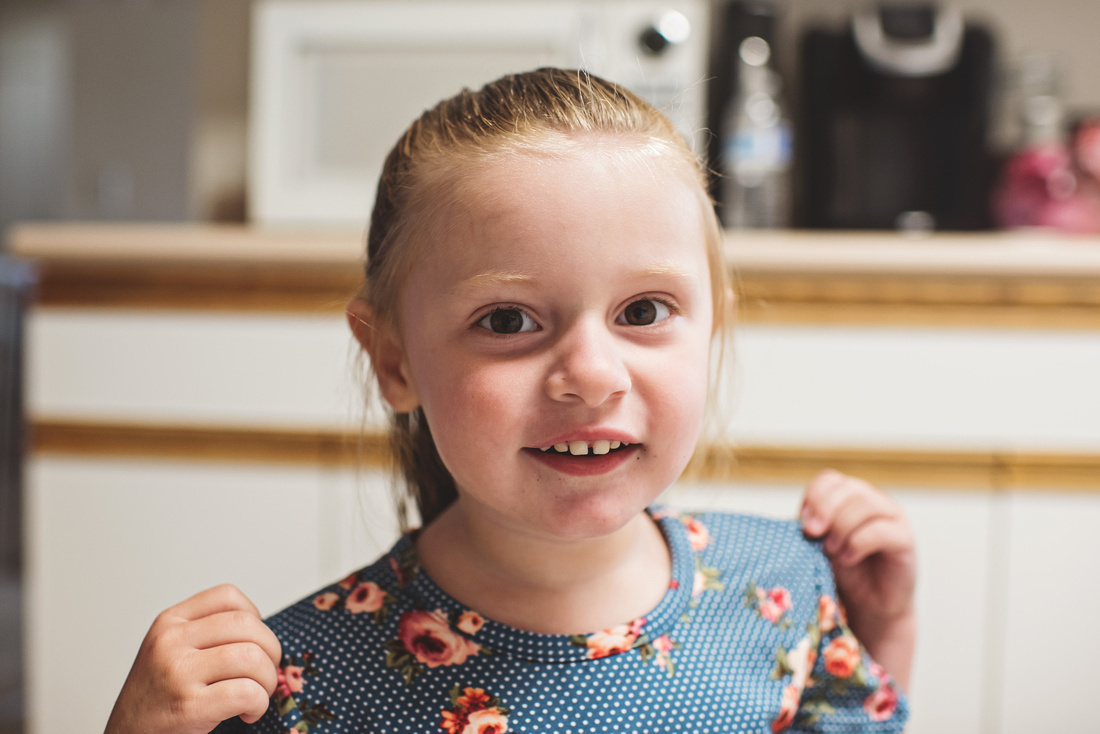 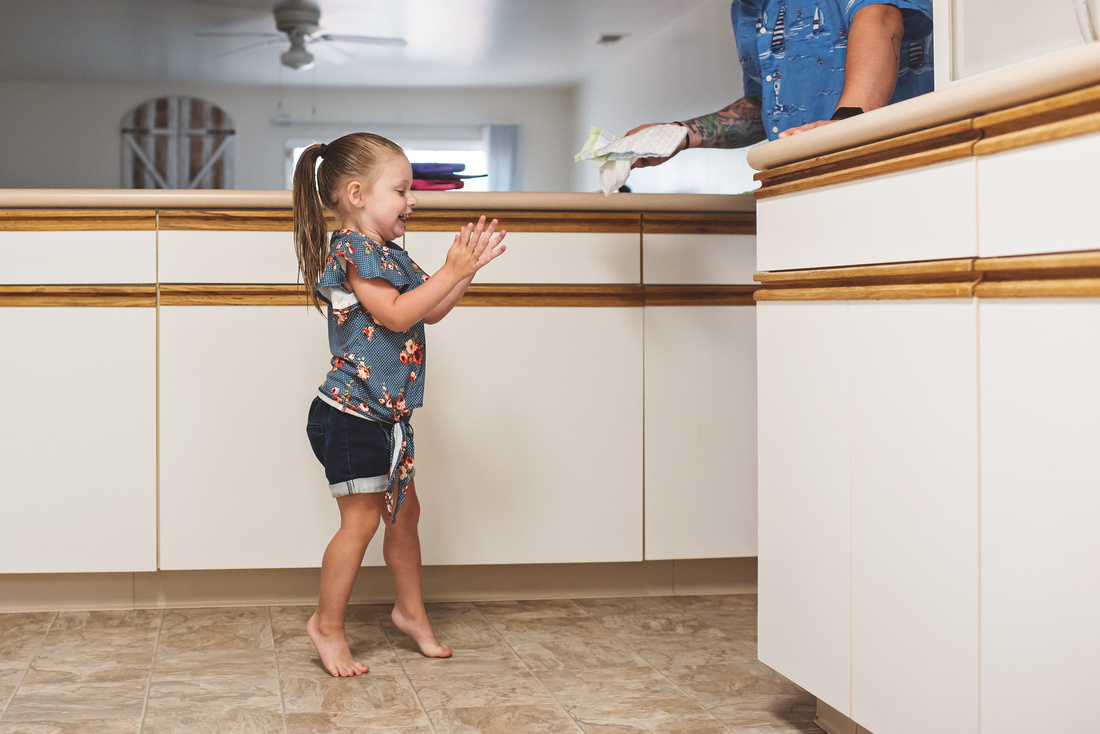 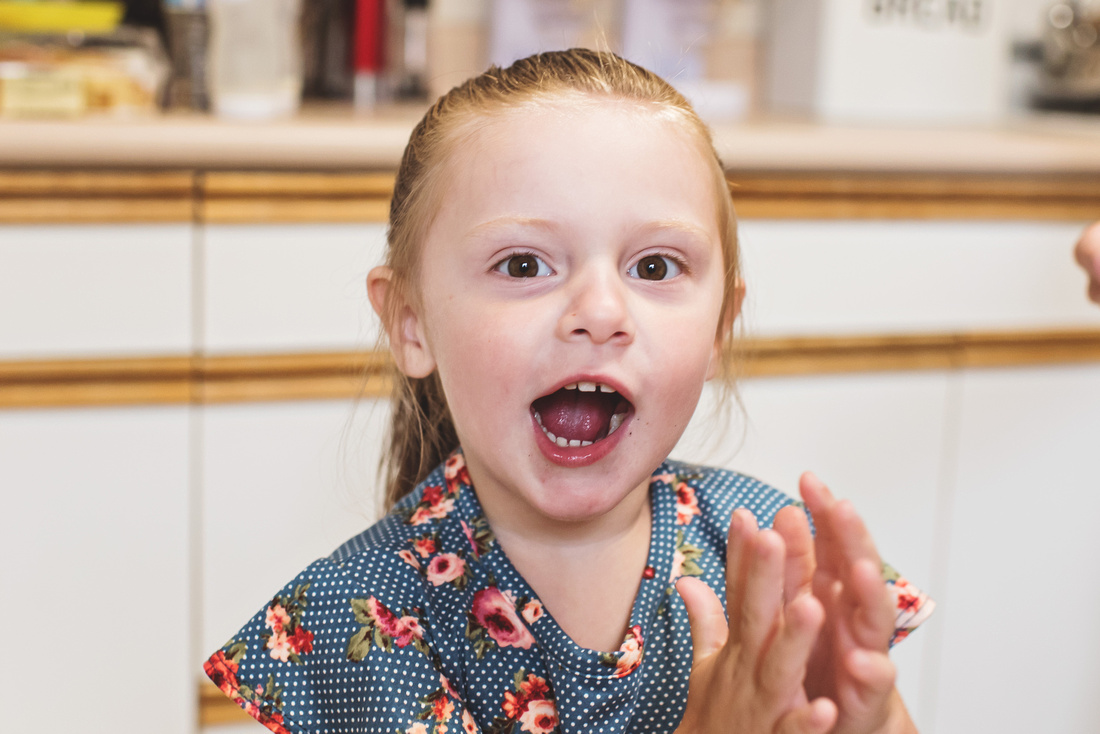 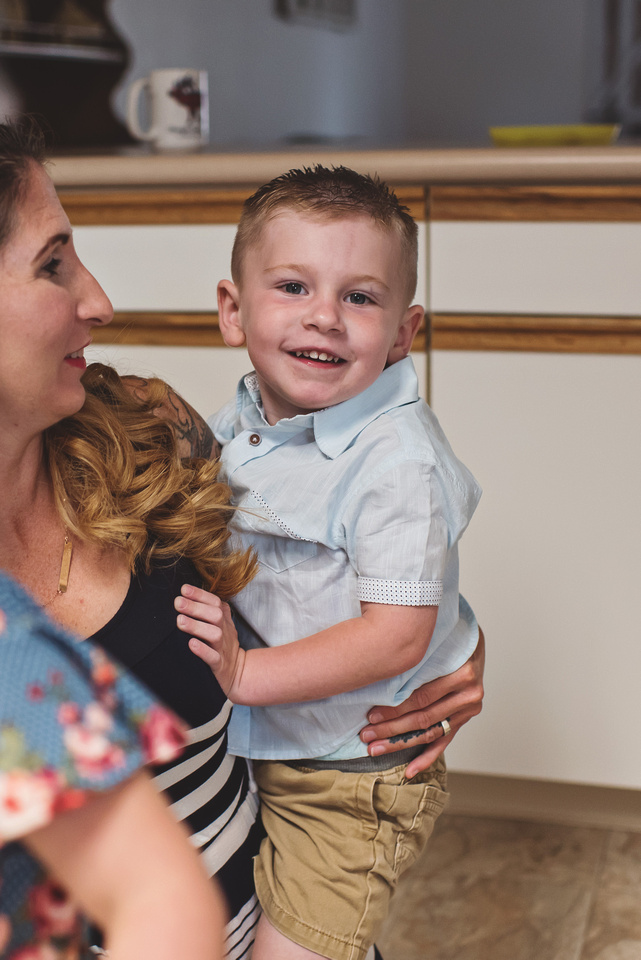 The family played with toys together then went outside to splash in their wading pool in the backyard, where we got just the right amount of muddy and messy! 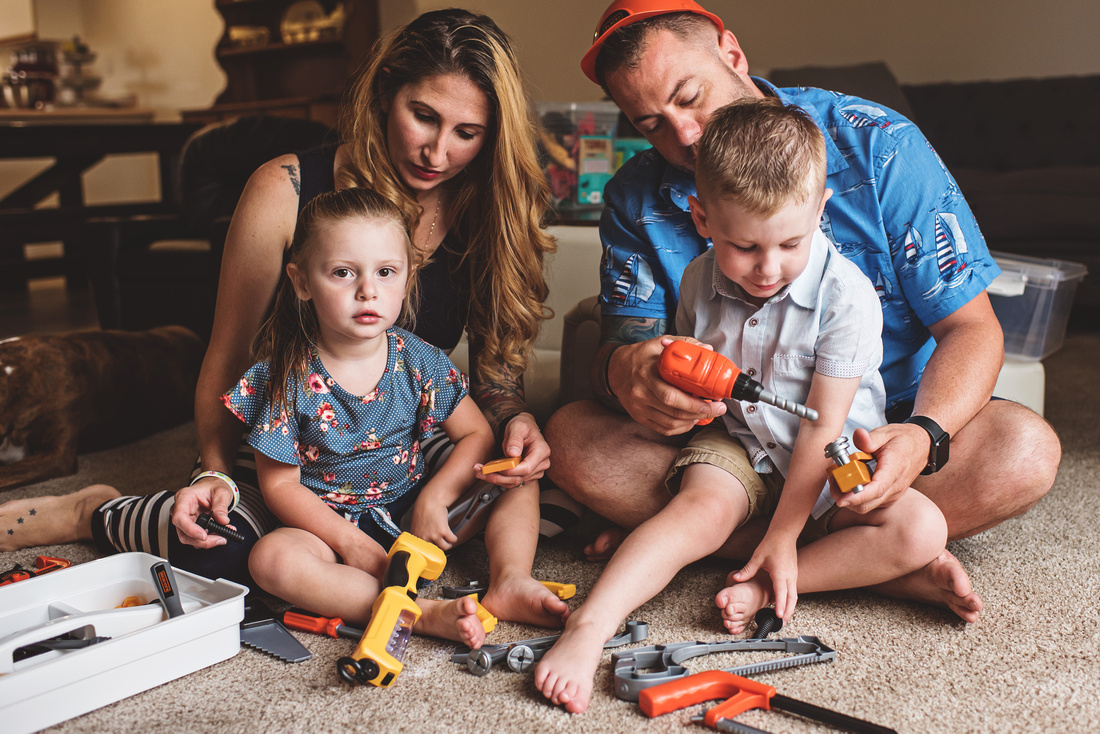 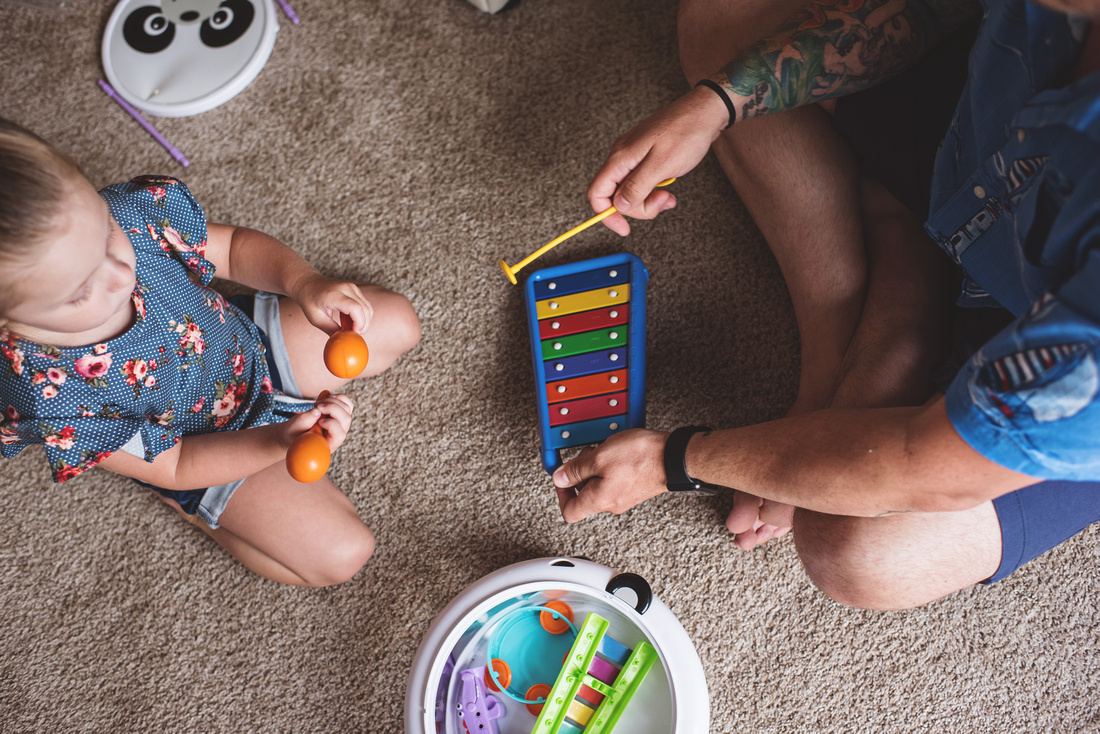 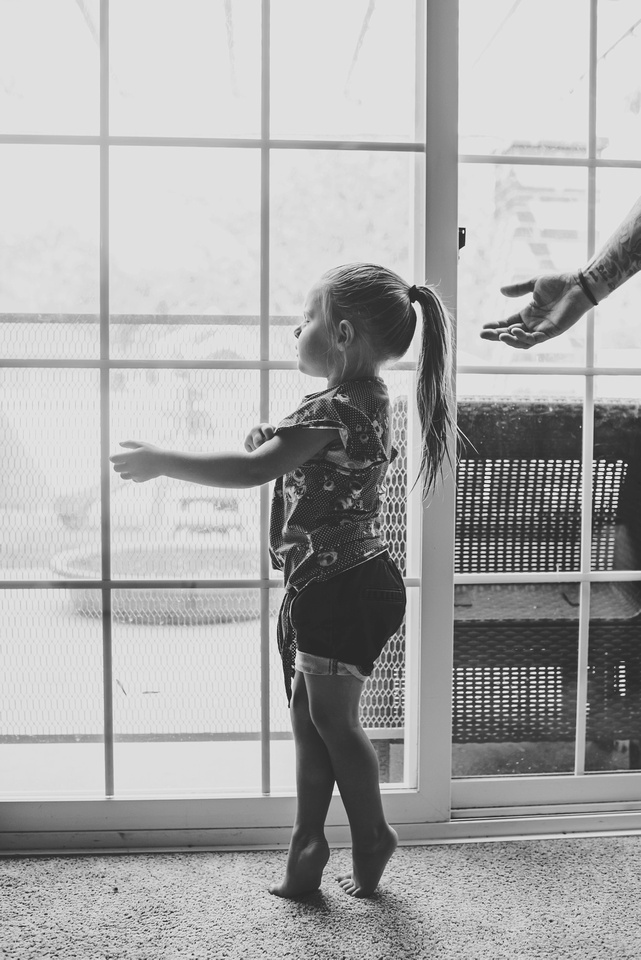 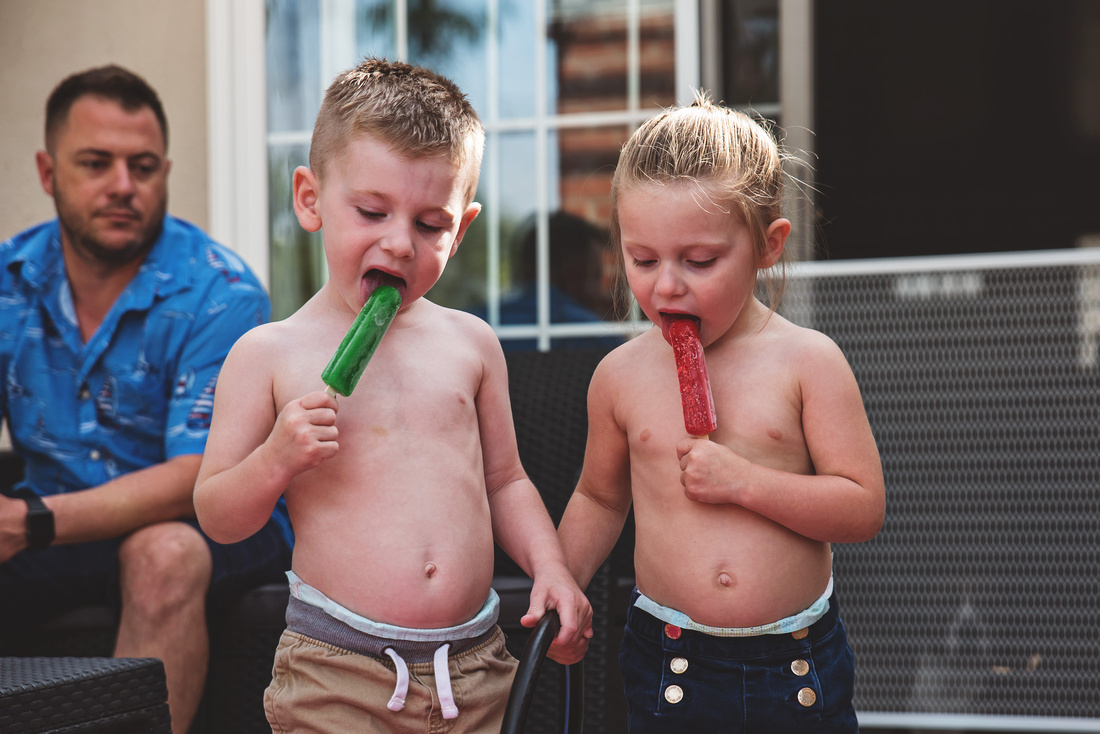 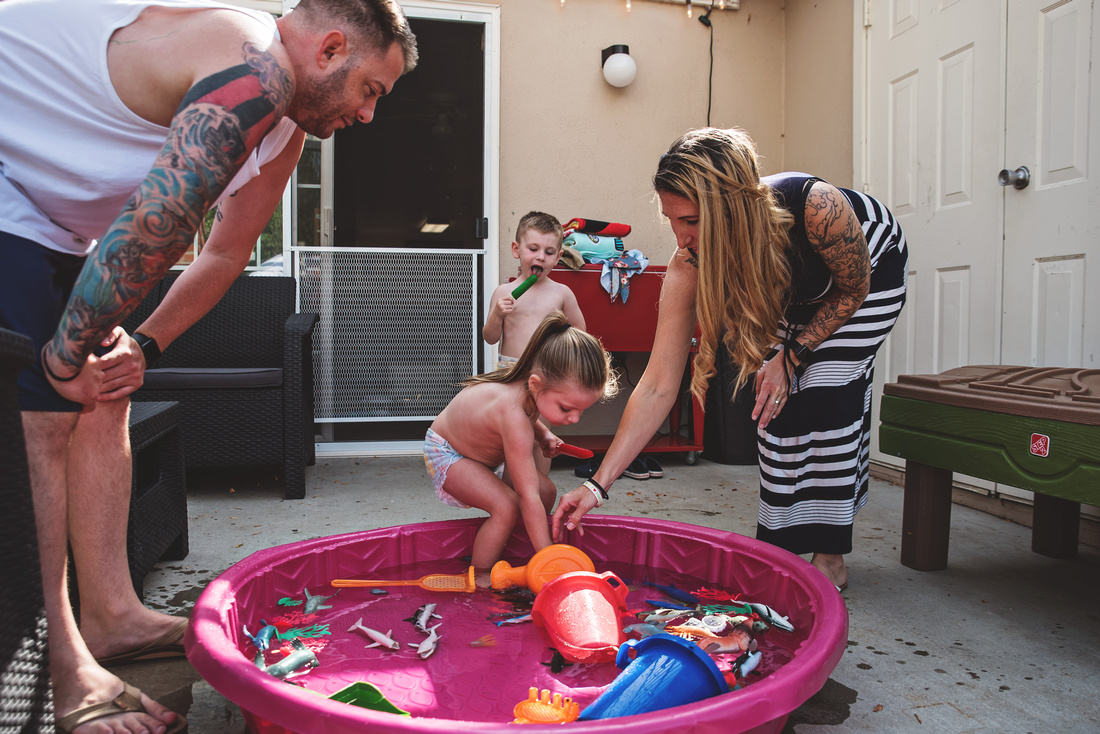 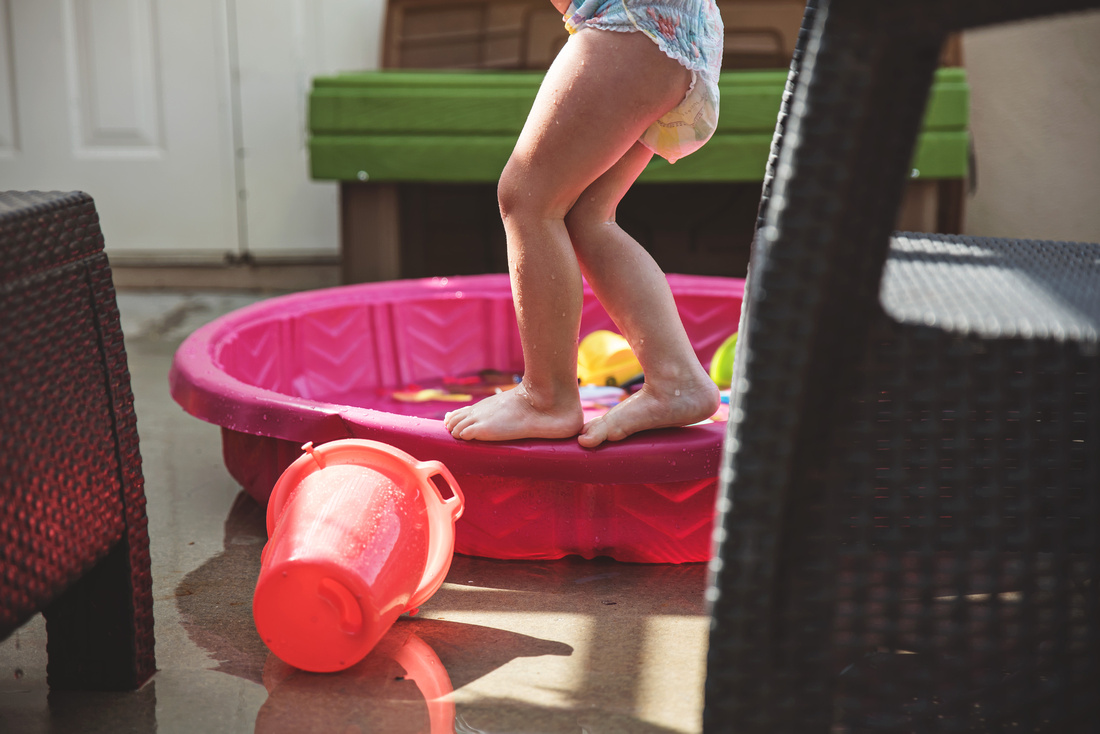 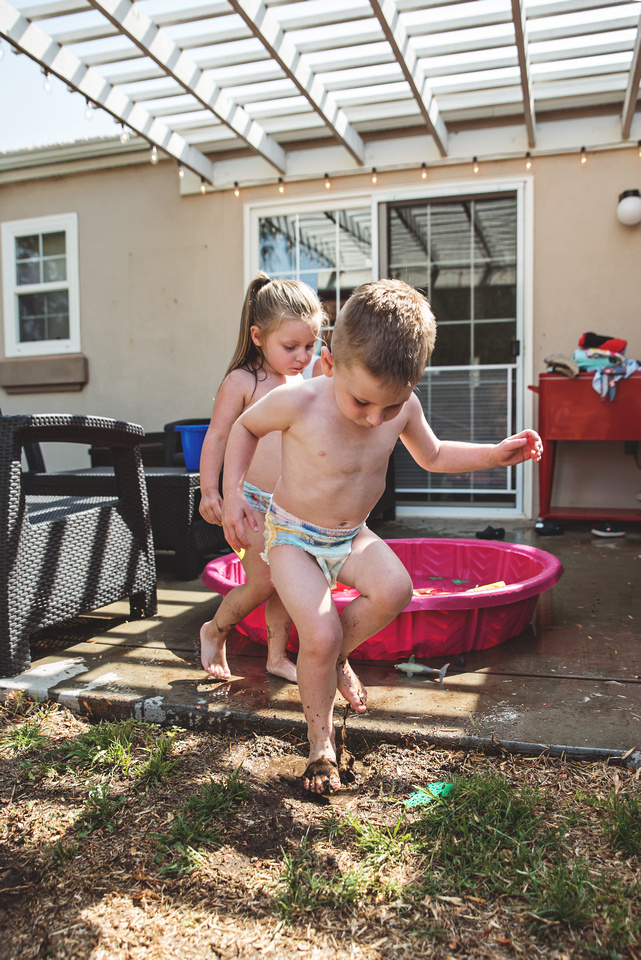 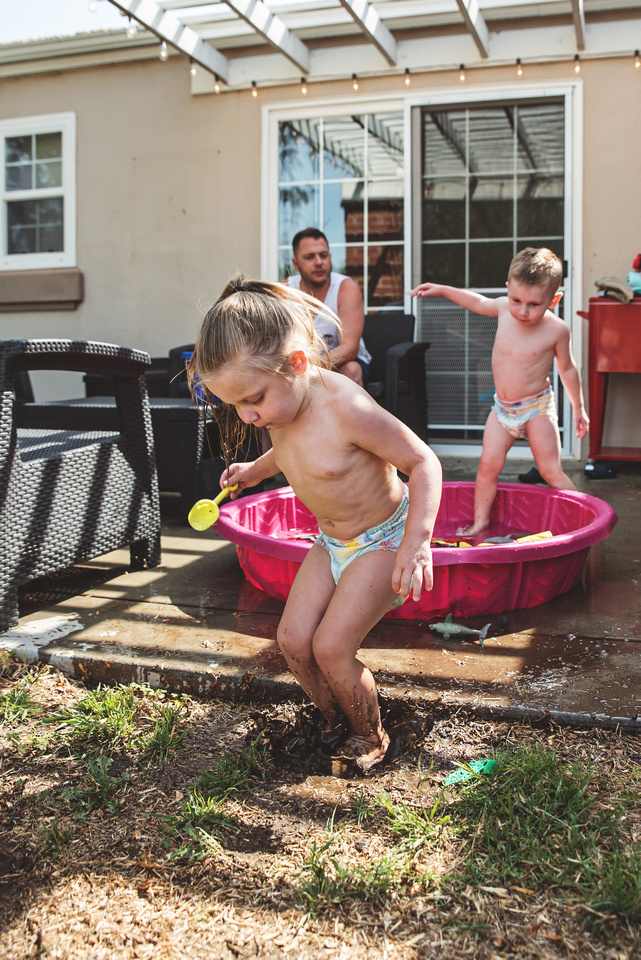 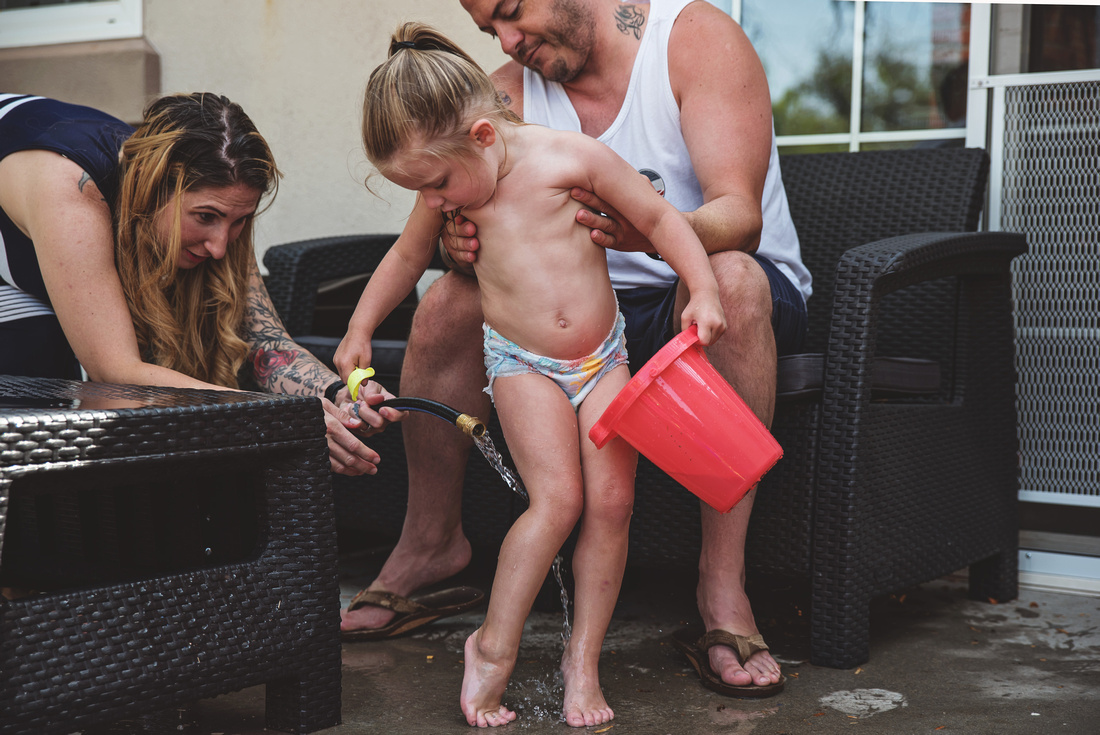 Then back inside for cuddles and before I knew it, our time was up. 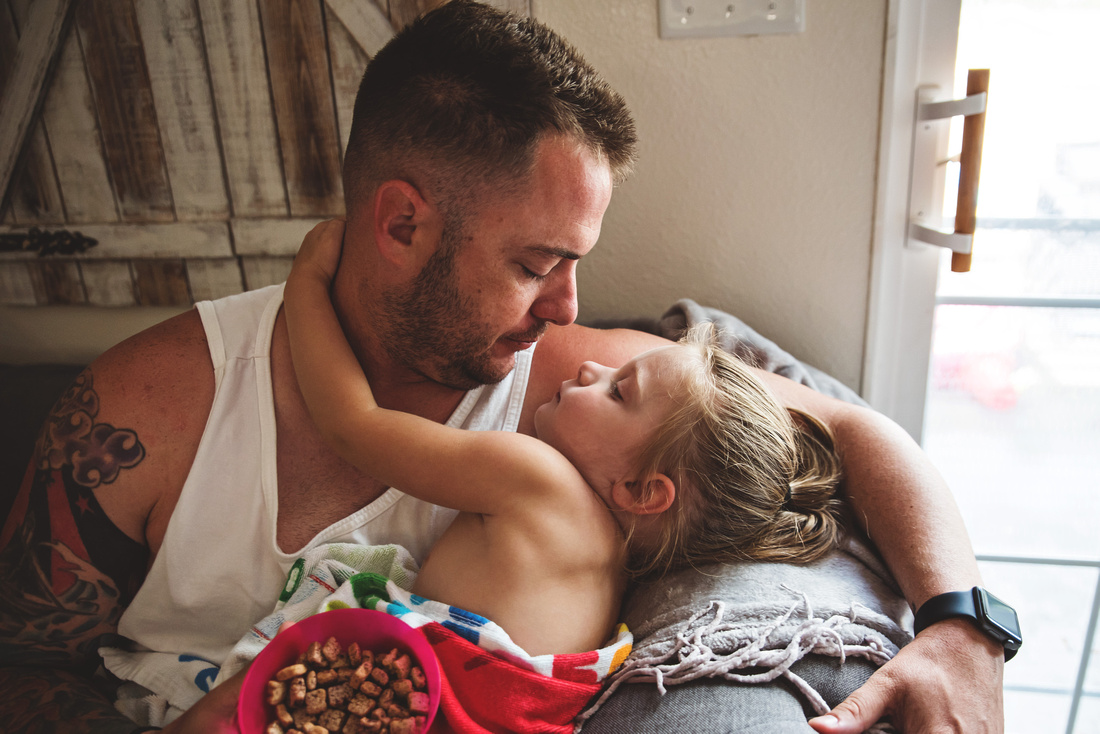 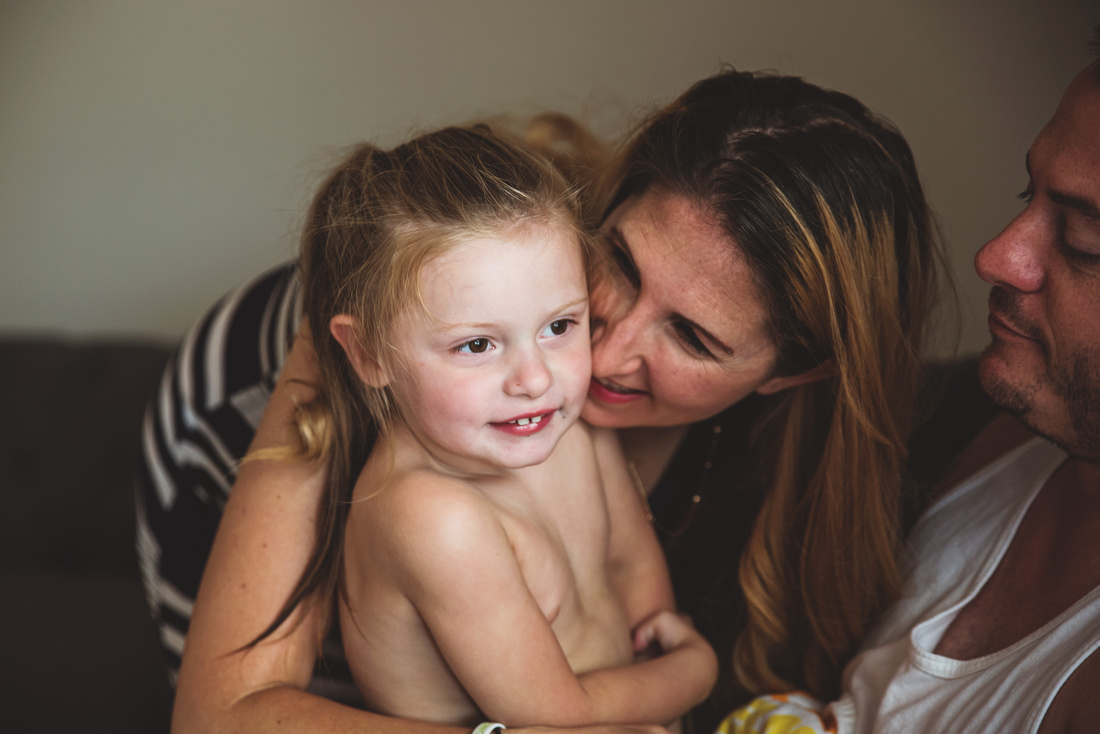 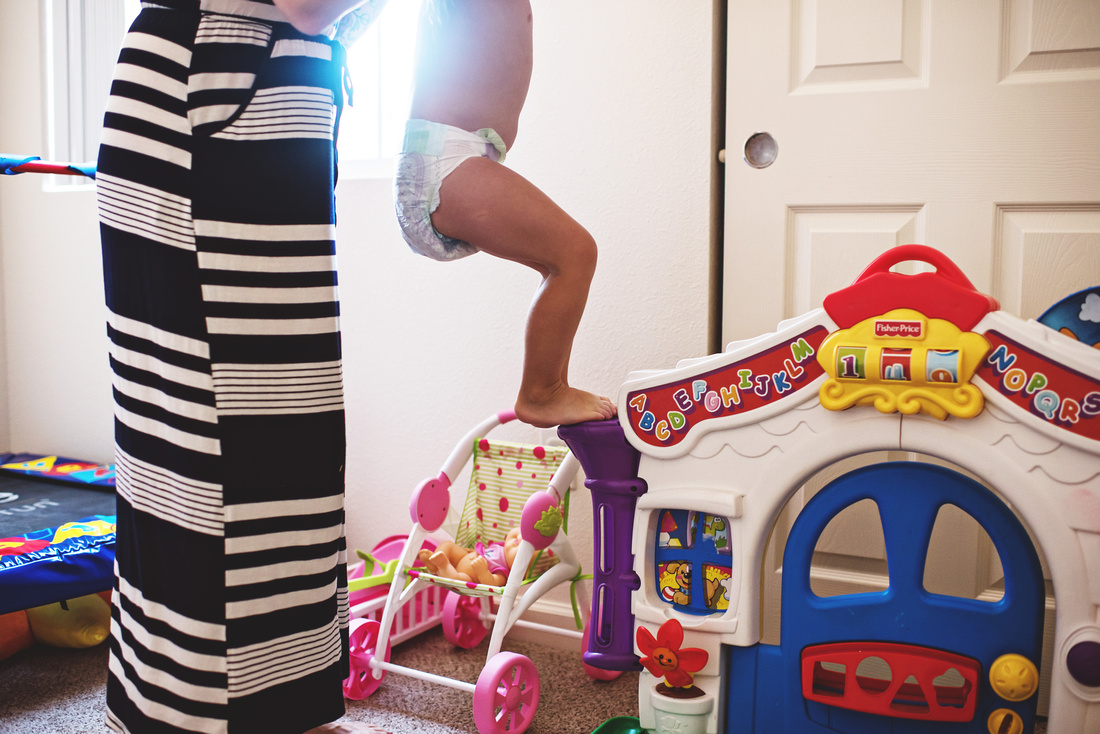 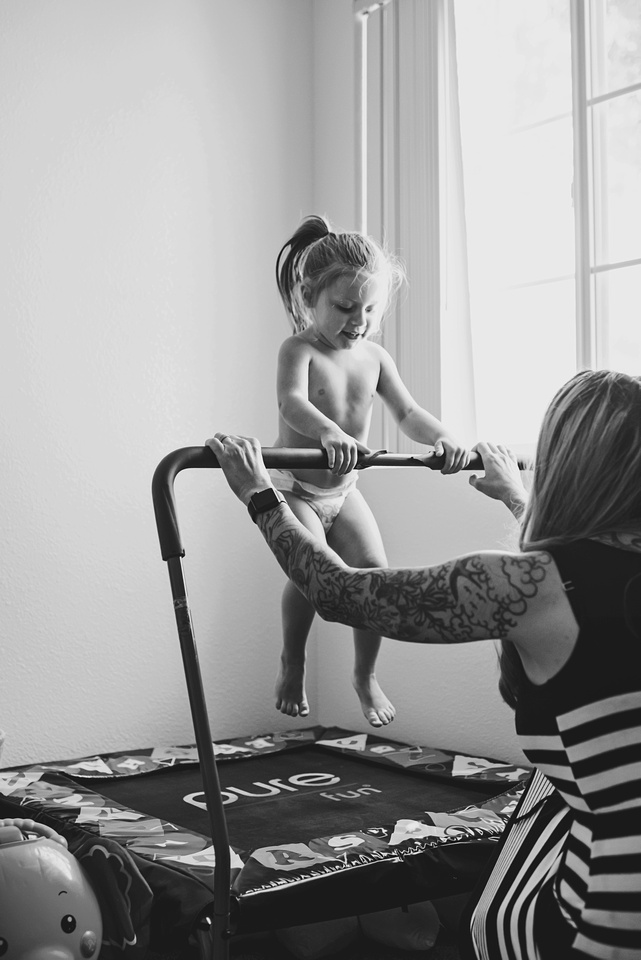 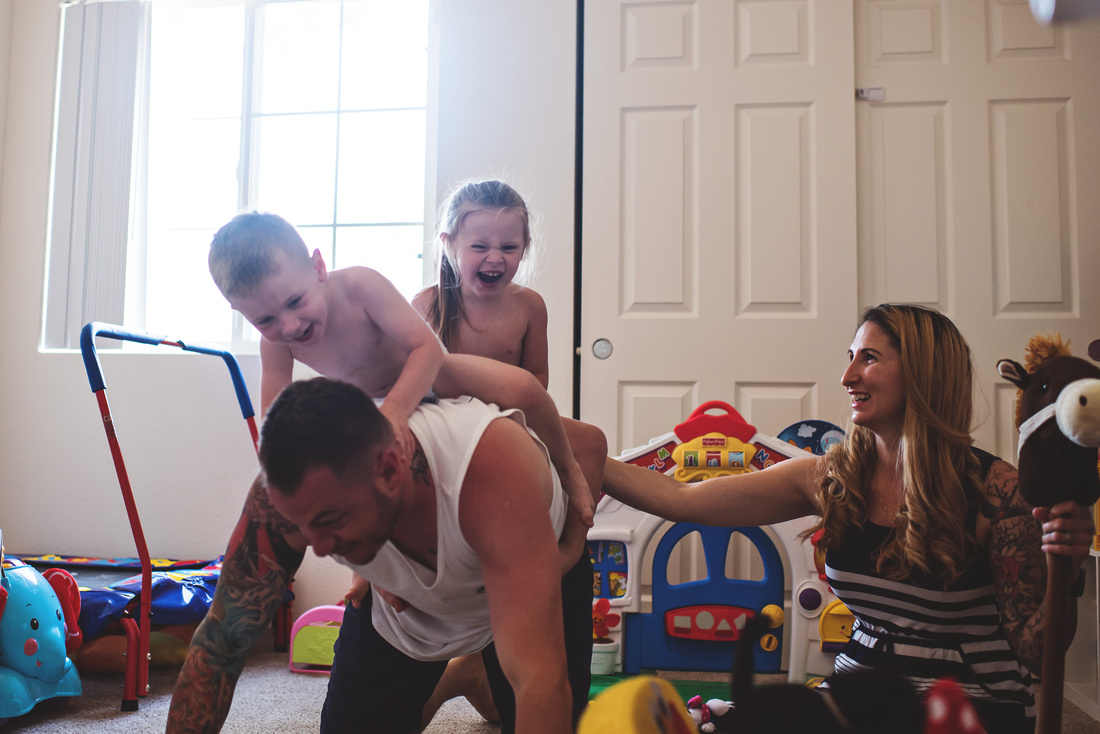 It is my honor to introduce you to Brooklyn and her family through my photographs, and to share their story in the words of mom, Jessica:

"At about a year and a half of age, it was hard not to compare certain milestones between the twins. Our son had a Speech delay, later diagnosed with Speech Apraxia, but other than that was hitting milestone after milestone. My husband was the first person to bring up that we should have Brooklyn evaluated but I wasn’t quite ready to hear it. Right before Brooklyn turned 2 I determined we needed to go through with an evaluation process after ruling out low iron levels.

Before beginning therapy (speech, OT, ABA and developmental pre-K) Brooklyn was a totally different little girl. She wouldn’t interact with anyone including myself and my husband. She would stay to herself all day long. She had(s) severe feeding issues. She was still only eating baby food at 2 years old along with her crunchy snacks. She didn’t talk or babble. She wouldn’t bring us toys to play with her or to show us. She would only put toys in her mouth. She wouldn’t ever look anyone in the eye or face. She wouldn’t respond to her name. She only wanted my husband or myself when it came to bed or nap time. She never let us know when she was hungry or thirsty, tired or wet. She would have multiple meltdowns daily, the first time she ever did it scared us to the point we took her to the ER because we were unsure of what was happening because she was acting like she was in physical horrible pain. Her sleep was erratic and nonexistent. She would fall asleep at 2, 4 or 6am and run on an hour or two hours of sleep a night, running on pure adrenaline the rest of the day.

When Brooklyn started therapy it’s like her world opened up before her. She blossomed into our little girl and came out of her shell. Within days of her starting therapy she started bringing us toys. She wanted to interact. Then months brought us eye contact, playing with toys appropriately, and imaginative play! She began to babble and what we call babble with intent. It sounds like she was having full blown babble conversations. And then came some occasional pop out words. Hopefully we will get her voice more as therapy continues. Her meltdowns decreased to maybe one a week. And then she started eating some solid foods. No more baby food! About a year into therapy she started sleeping. It was a game changer! As soon as she started getting sleep it’s like her world became more clear and a haze lifted from her eyes. She became more aware, she was happier, more easy going, more relaxed.

Our journey is still early but the progress that we as a family and her as an individual have made in such a short time has been extraordinary. Our little nugget amazes us every single day. She is such a light in our lives and in this world."